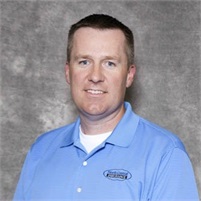 Ryan is Vice President of North Central Insurance and manages the personal lines department. He began his insurance career in 1997 with Farmers Insurance Group, having held positions as a Special Claims Representative, Senior Marketing Manager, and Personal Lines Growth Consultant.

Ryan specializes in auto, home, business, life, and health insurance. His success in these areas is supported by a diverse insurance background and in-depth claims knowledge having personally handled 1000’s of claims as an adjustor.

In 2015, Ryan was named the South Dakota Agent of the Year by the Independent Insurance Agents of South Dakota. He has also been honored several times as one of the Sioux Falls' "Local Best" top five insurance agents in the metro area.

Ryan lives in Sioux Falls with his wife and three children. When not working, Ryan enjoys golfing, bow hunting, fishing, and traveling.